The musical film was released worldwide on 3rd July. Take a look at our team's thoughts on the hit musical and its recorded counterpart.

The “Hamilfilm” has taken the world by storm. The musical film is a recorded version of live performances of the hit Broadway musical Hamilton. Written, composed and starring Lin-Manuel Miranda, Hamilton follows the life and career of Alexander Hamilton. The first Treasury Secretary and Founding Father of America has a simply fascinating story and the musical highlights this beautifully through musical numbers.

Its musical style, mixing hip-hop, R&B, pop and traditional show tunes has captured the world’s attention. Then there’s the incredibly talented original Broadway cast, all of whom appear in the film. Hamilton’s casting diversity has further defined the musical’s legacy. The musical has smashed several records, including the most nominations for the Olivier and Tony Awards.

Now the film version is on track to set its own records, too. It’s already driven Disney Plus App downloads, with an increase of 74% in the US and 46.6% worldwide when compared to the average over four weekends in June. The app was downloaded 752,451 times across the world over the weekend of the film’s release.

Disney purchased Hamilton’s film rights for $75 million, with plans in place to release it in cinemas in 2021. COVID-19 mixed things up a little and Disney decided to release it on Disney Plus instead of going ahead with a theatrical release. It’s worth noting that Disney Plus stopped offering its free trial offer a few weeks before the release date – no doubt anticipating a huge rise in subscribers.

Hamilfilm was released on 3rd July 2020, in time for Independence Day weekend in America. The film has been critically acclaimed for its performances and direction… and our team loved it too!

I saw Hamilton live in San Francisco so, whilst it was great to see it again, I have to say it wasn’t as good an experience compared to seeing the live show amongst an audience! It is such an amazing show though, and it’s great so many people can now experience it. We can’t all jet off to Broadway or the West End, or even our local theatre at the moment. Now’s our chance to throw our support behind the arts, even if it’s still from the comfort of our sofas.

After seeing Hamilton in the West End in 2019 and falling in love with it (as well as converting an ‘other half’ who normally doesn’t like musical theatre!), we were really excited to get to see the original Broadway cast performing it this weekend. The show didn’t disappoint, and whilst you certainly miss the atmosphere of being in a live theatre, Hamilton didn’t lose any of its shine. Our highlights had to be Jonathan Groff as King George who captures the part perfectly! So even missing the immersion you get from a live performance, it was absolutely worth a watch until we can step foot back in a theatre again.

I’m a regular theatregoer but I’ve never seen Hamilton. It’s been tough for so many of us missing out on live entertainment and seeing the industry struggling. So the Hamilton release has been a beacon of positivity this month, and it’s been truly heart-warming to see my social media feeds absolutely packed full of people watching the film with their friends and families. Of course, a live recording will never emulate a live theatre experience. But it will ignite people’s love for musical theatre and remind people just how important live entertainment it. Hopefully this release will get people booking tickets for the future and encourage people to support the industry.

The rest of our team are currently busy planning their Hamilfilm premieres! It’s at the very top of our watch list. Let us know what you thought of the show over on LinkedIn or Instagram.

The image of a destination, product or service can

The beautiful thing about learning is that nobody

The truth is like the sun. You can shut it out for

Musicians want to be the loud voice for so many qu

If you play music with passion and love and honest

Booking Protect Limited is registered in England and Wales no 08968744. Booking Protect is an Appointed Representative of JSV Events Limited who are authorised and regulated by the Financial Conduct Authority 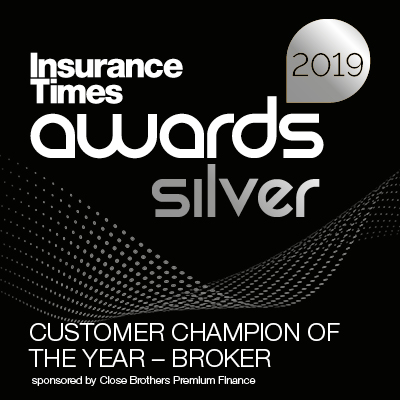